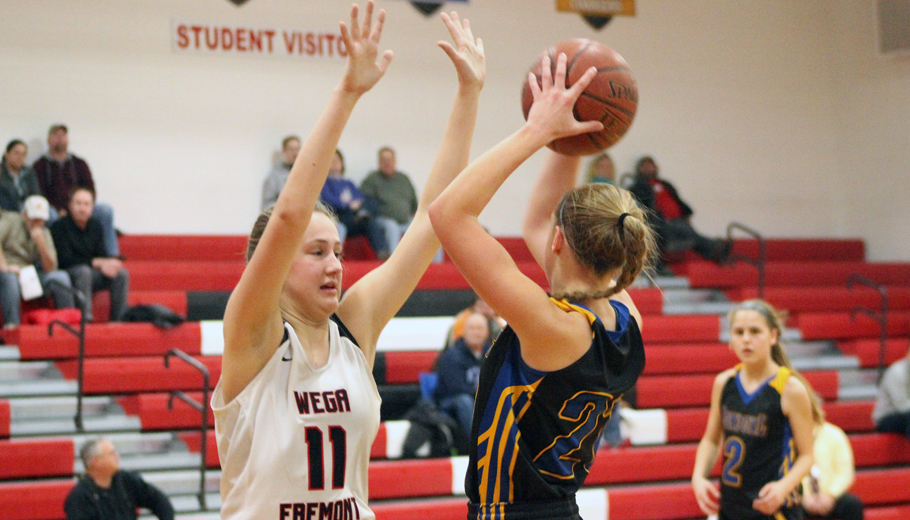 <
►
>
Weyauwega-Fremont's Hannah Timm tries to take the ball away from Bonduel's MacKenzie Moore in the final minute of the Indians' Central Wisconsin Conference East Division matchup with the Bears. Bonduel won the game 36-22. Greg Seubert Photo

Weyauwega-Fremont held the Bonduel girls’ basketball team to one of its lowest point totals of the season.

However, the Indians still came out on the short end of a 36-22 score Dec. 11 in a matchup of Central Wisconsin Conference East Division teams in Weyauwega.

Weyauwega-Fremont trailed 19-15 at halftime and cut the Bears’ lead to 21-19 lead with a pair of Rylee Bartel free throws, but the Bears took control of the game with a 16-1 run that gave the visitors a 36-20 lead.

Bartel led the Indians with eight points, but left the game in the second half with a knee injury and didn’t return. Katie Bleck added seven points.

The Indians will travel to Iola Friday, Dec. 14, for an East Division matchup with Iola-Scandinavia.