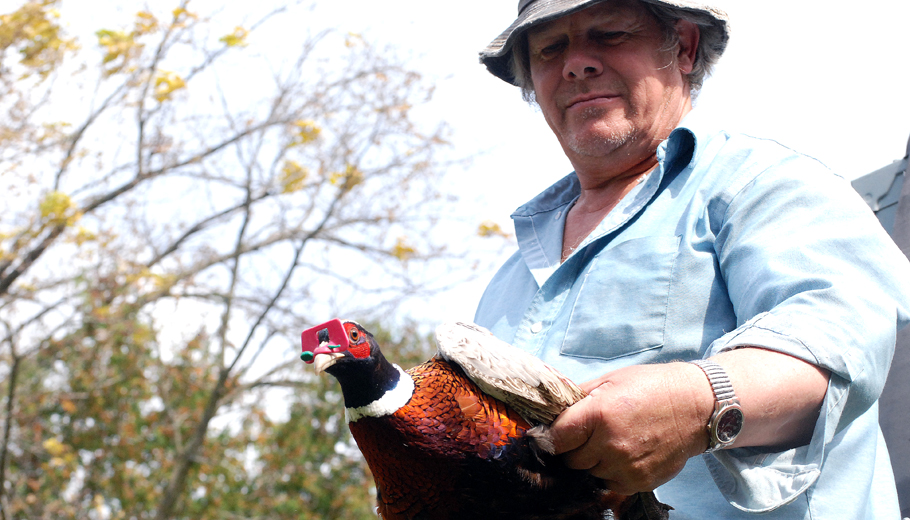 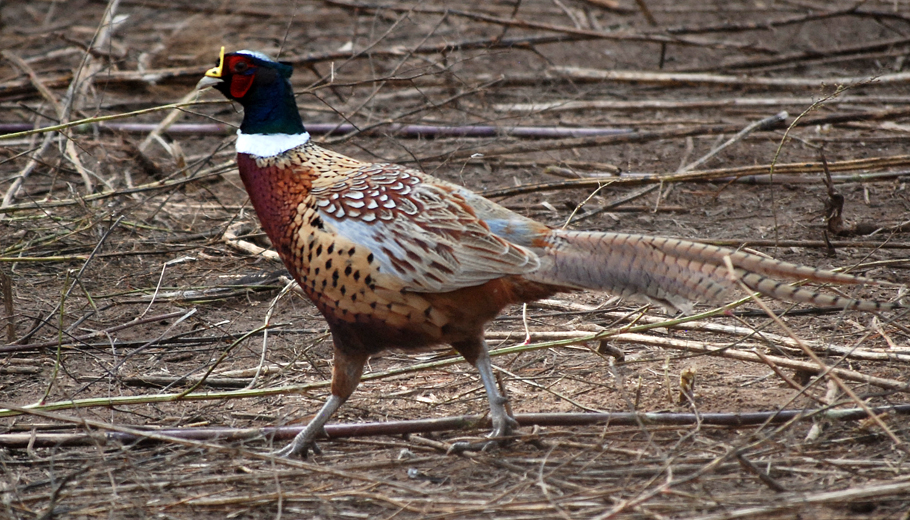 <
►
>
Harlan Riehl inspects a roster pheasant ready for release. Riehl has raised birds for the New London Fish & Game Club for the past 34 years. The club plans to release more than 2,000 pheasants on public and private lands this year. John Faucher Photo

“These are some of the best looking birds we’ve seen in a long time,” said Harlan Riehl, caretaker at the New London Fish & Game Club.

Riehl has raised birds for the club for the past 34 years. The club rears more than 2,000 birds a year for release on public and private lands. Birds are released throughout the season, which runs from Oct. 19 through Jan. 5, 2020.

The club has 1,800 acres of leased lands north of New London for members to hunt.

A percentage of the birds are raised for the state Department of Natural Resources as part of the state’s day-old chick program. Under the program, conservation clubs like the New London Fish & Game Club raise and release pheasants on private land open to public hunting or on approved state-owned lands.

Locally, birds are released in the Radley Creek Fishery Area and Zeuske Unit in Waupaca County and the LaSage Unit in Outagamie County.

Riehl said at least two of the club’s normal release sites will be skipped this year due to excessive high water on the Wolf River.

“We’d have to put life jackets on them if we released birds at the Mukwa State Wildlife Area,” he said. “There’s no place for them to go,” he said of the County Trunk X and Jennings Road access sites.

The club will release birds on the nearby Larson Trust public hunting property near Flease’s landing.

Riehl said this will be the second year birds could not be released at the County X and Jennings Road access sites in the Town of Mukwa.

According to DNR upland wildlife ecologist Mark Witecha, natural pheasant populations do best in the agricultural landscape of southern and western Wisconsin.

The 2019 spring pheasant survey in Wisconsin shows that pheasant abundance is above the five-year average, with the highest pheasant detection rate in the northwestern part of the state.

A list of all properties stocked with pheasants is available on the DNR website – dnr.wi.gov – under 2019 Pheasant Stocking Information.

Witecha said the number of birds released depends on property size and weather conditions. Most properties are only stocked once or twice more during December.

According to Witecha, hunters looking to pursue wild pheasants should look for areas that contain adequate winter cover, such as cattail marshes and dense brush, intermixed with cropland, and idle grasslands that provide food and nesting cover.

Hunters are reminded to be polite and notify landowners before hunting on private property open to public hunting as part of the state’s Voluntary Public Access Program.

Hunters must purchase a permit and hat band in addition to the applicable state small game license and pheasant stamp to hunt farm land leased by the club.